A message to our potential 2021 UnGala Sponsors

You can purchase a playback of our entire 2020 UnGala for $10 here.

As our nation struggles with the continued crises of a global pandemic and systemic racism, we want to share our message of the hope that comes from healing trauma more than ever. We believe healing from abuse and trauma, rather than coping with the symptoms, can transform lives and, ultimately, society. We connect people with vetted professionals certified to heal trauma, provide education for clinicians and the general public, and produce relevant arts projects to create a healing movement. Help us continue our work by joining our free, virtual UnGala, which features fantastic entertainment from stars of film, television and Broadway, an online auction and stories of how the programming at the heart of our mission is transforming and saving lives. 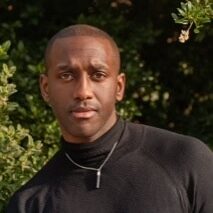 (he / him)
Hamilton (And Peggy Company)


Perhaps best known for his performances on Broadway in “A Bronx Tale The Musical,” Christopher …

END_OF_DOCUMENT_TOKEN_TO_BE_REPLACED

Perhaps best known for his performances on Broadway in “A Bronx Tale The Musical,” Christopher has been part of the San Francisco cast of the award-winning show “Hamilton.” The Pennsylvania native has also performed in “The Wiz,” “The Winter’s Tale,” and “Guys and Dolls” (Oregon Shakespeare Festival), and has workshopped “Ain’t Too Proud: The Life and Times of The Temptations.” Young conducts workshops, seminars and master classes all over the United States, bringing his experiences and life story to the next generation of theater artists! 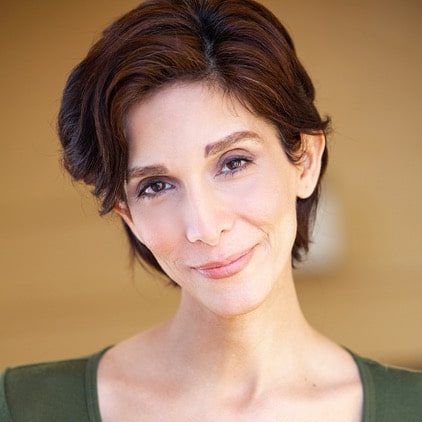 (she / her)
Outfest Best Performance Award, See You Then

END_OF_DOCUMENT_TOKEN_TO_BE_REPLACED

Pooya is an Iranian-American actor, writer, filmmaker & Transgender activist. She’s co-producer/star/writer of “Transit “, a short film about love between a trans woman and a cis man, coming out in 2021. Her stage performances include “She,He,Me” for National Queer Theater, dir Sivan Battat, “Our Town” in Pride Plays, dir Jenna Worsham, “Hamlet” in Play On Shakespeare festival, dir Ellen McLaughlin, an award winning one woman show “One Woman”, in United Solo at The Theatre Row, dir Joan Kane, “Galatea”, dir Mo Zhou for the WP Pipeline festival, “The Good Muslim” dir William Carden at EST. She has guest starred on the latest season of “Law & Order: SVU “ dir Mariska Hargitay, “Falling Water” on USA, “Madam Secretary” and a recurring guest star on the crime drama “Big Dogs” on Amazon Prime. She is a member of the advisory council for Ackerman Institute’s Gender and Family Project. 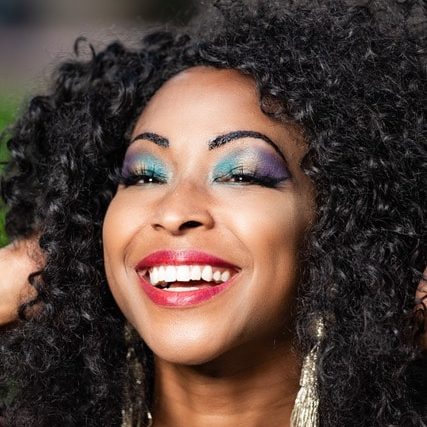 (she / her)
Emmy Nom; Broadway’s Caroline, or Change

END_OF_DOCUMENT_TOKEN_TO_BE_REPLACED

Heralded by the New York Times as “a classically trained diva that can stretch from Broadway, Pop, Soul to Opera”, this Emmy nominated songstress N’Kenge slayed the game on Broadway originating the role of Mary Wells in Motown: The Musical which garnered a Grammy Nomination for Best Musical Theater Album. Motown Founder Berry Gordy describes N’Kenge as “the most versatile artist I know” and NY Post called her performance of Mary Wells “ELECTRIFYING.” N’Kenge’s unique, genre-crossing vocal stylings and five-octave range have wowed audiences from New York to Paris to Monte Carlo. This international award winning singer has sung for Presidents and Dignitaries around the globe including President Obama’s historical Commander-in-Chief Inaugural Ball.

N’Kenge is currently in Broadway’s Caroline, or Change Musical and is slated to star in the role of Jazz in Broadway bound musical DANGEROUS written by John Introcaso and Michael Colby. N’Kenge is the writer and creator of “Forever Summer- a Tribute to Donna Summer” that she will perform at Carnegie Hall in 2022. N’Kenge is thrilled to have TV producer Gina Goff helming her TV musical series BLACK BUTTERFLY that she created as well as co-wrote with award winning writer Mary McCallum. 
From stage to screen, Christina Bianco’s singular voice and comedic charm have brought audiences around …

END_OF_DOCUMENT_TOKEN_TO_BE_REPLACED

From stage to screen, Christina Bianco’s singular voice and comedic charm have brought audiences around the world to their feet. Bianco captured international acclaim as a YouTube sensation with her ‘diva’ impression videos, gaining over 25 million views. Dubbed ‘the girl of a thousand voices,’ Christina has performed on major television programs such as The Ellen Degeneres Show and The Today Show, in the US, and The Paul O’Grady Show and This Morning, in the UK.

A Two-Time Drama Desk Award nominee, Christina made her West End debut starring in The Menier Chocolate Factory’s hailed production of Forbidden Broadway at the Vaudeville Theatre in London. Most recently, Christina played the iconic role of Fanny Brice at the Theatre Marigny’s celebrated production of Funny Girl in Paris, earning unanimous rave reviews. Christina was awarded the Trophee De Le Comedie Musicale for her performance. Beginning March 2022, Christina will play LV in the new UK tour of The Rise And Fall of Little Voice.

Christina has performed her critically acclaimed concerts to sold out crowds in NYC and across the U.S. In the UK, she’s enjoyed extended runs headlining at London’s Hippodrome, Royal Albert Hall’s Elgar Room, Live at Zedel’s, The Charing Cross Theatre, The Edinburgh Fringe Festival, and completed her second UK tour, titled, First Impressions in 2019. She recently made concert debuts in Switzerland, Spain and South Africa and in Australia, at The Sydney Opera House. Christina frequently performs with major US and Canadian symphonies and performs her solo symphony show under the direction of Maestro Jack Everly. Her debut live album, Life Of The Party, is available on iTunes and other major music platforms. 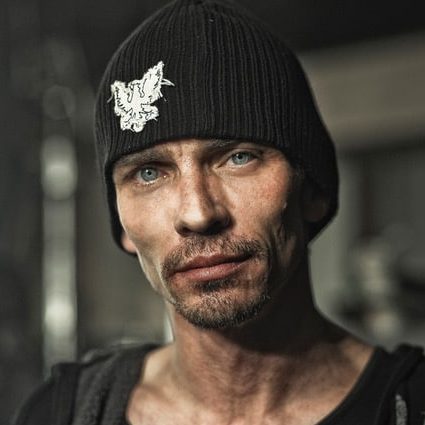 END_OF_DOCUMENT_TOKEN_TO_BE_REPLACED

Charles Baker left his mark in Hollywood and the homes of fans across the world as ‘Skinny Pete,’ on the hit AMC show Breaking Bad, which has been nominated for 151 awards and has won 48. Before stepping on Hollywood soil, Baker already had 37 credits to his name and now has moved to Los Angeles permanently with his wife and three children to pursue his craft, which he has been studying for over 20 years. Notable ﬁlm projects for Baker include To The Wonder, a Terrence Malick ﬁlm, opposite Ben Afﬂeck, Rachel McAdams, and Javier Bardem, Ain’t Them Bodies Saints opposite Rooney Mara, Casey Afﬂeck and Ben Foster, Wild opposite Reese Witherspoon, and Nicholas Winding Refn’s Neon Demon with Elle Fanning and Keanu Reeves. 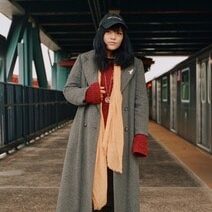 (she / her)
TOW Foundation Fellow ’20; The Siblings Play


Ren Dara Santiago is a Fili-Rican nurturer and storyteller; a Native NY-er from the X, …

END_OF_DOCUMENT_TOKEN_TO_BE_REPLACED 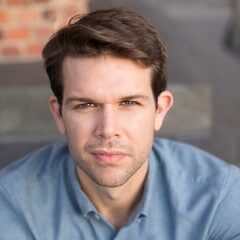 (she / her)
The Greatest Showman


Crista Marie is an accomplished aerialist, actress, stunt woman and choreographer. She believes in using her …

END_OF_DOCUMENT_TOKEN_TO_BE_REPLACED

Crista Marie is an accomplished aerialist, actress, stunt woman and choreographer. She believes in using her art to inspire activism and change. She holds a BFA from Hofstra University. She started her career working with Words of Choice, touring nationally to advocate for women’s rights and is honored to have been able to utilize her skills as an actress, aerialist and choreographer in SILK. She recently finished touring as the Assistant Artistic Director of Alegria by Cirque du Soleil. Her work has been featured in major motion pictures (THE GREATEST SHOWMAN – ENDERS GAME), off-Broadway houses (The Lynn Redgrave, The Pearl, The Sheen Center), television shows (LAST WEEK TONIGHT WITH JOHN OLIVER) national and international tours, cruise ships and corporate venues. Her work has been featured in The Metropolitan Opera House, LA Opera, Beyonce’s FORMATION World Tour, TIFF, NYC summer-stage, Broadway Bares, Cirque de la Mer, Radio City Music Hall, KCD Worldwide and the CFDA Awards. www.cristamariejackson.com  @crista_marie 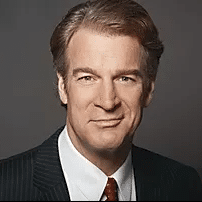 
Kevin has most recently appeared on television in The Blacklist, The Good Wife, Happyish, Person …

END_OF_DOCUMENT_TOKEN_TO_BE_REPLACED

Kevin has most recently appeared on television in The Blacklist, The Good Wife, Happyish, Person of Interest, Madam Secretary, Castle, Blue Bloods, Royal Pains and the hit Netflix series House of Cards with Kevin Spacey and Robin Wright. Kevin co-starred with Nancy Travis on the CBS sitcom Almost Perfect, and was the star of Gene Roddenberry’s EARTH: Final Conflict, as “Boone,” which was syndicated worldwide. He has also been on such shows as Greek, White Collar, CSI: NY, Damages, Ugly Betty, Cashmere Mafia, Ghost Whisperer, The Closer, The New Adventures of Old Christine, One Tree Hill, Monk, Crossing Jordan, Judging Amy, Malcolm in the Middle, CSI: Miami, Touched by an Angel, Frasier, and Murder, She Wrote.

He starred on Broadway in the 50th anniversary production of The Glass Menagerie with Julie Harris, Calista Flockhart and Zeljko Ivanek, directed by Frank Galati for which he won a Theatre World Award and was nominated for the Drama Desk and Outer Critics Circle Awards. Off-Broadway credits include Dinner With Friends (2000 Pulitzer Prize), directed by Daniel Sullivan and Lemon Sky, directed by Jonathan Silverstein. Regional theatre credits include Bucks County Playhouse’s Other Desert Cities, Adobe Rose Theatre’s Time Stands Still, Denver Center For the Performing Arts’ The Christians, Baltimore Centerstage’s An Enemy Of The People, NY Stage & Film’s Ninety and Pasadena Playhouse’s Defiance. (she / her)
New Amsterdam END_OF_DOCUMENT_TOKEN_TO_BE_REPLACED

Dana Aliya Levinson (they/she) is an actor, writer, and musician. Favorite acting credits, television: Toni Rykener in American Gods (Starz), Sadie Lipton in The Good Fight (CBS All Access), film: Hazel in Adam (dir. Rhys Ernst, Sundance, 2019), Jess in The Dress You Have On (dir. Courtney Hope Thérond, OutFest 2018), theatre: Grace in the world premiere of Ballast. Dana’s visual album, FALLING, directed by Zen Pace and supported by Eve Ensler and One Billion Rising, premiered with PAPER magazine. Dana was a Dramatists Guild Fellow and their TV pilot script FRAUD was a finalist for the Sundance Episodic Lab. Dana is a proud member of the Buchwald Family where she is represented across the board.
www.danaaliyalevinson.com


Mass follows two sets of parents who meet years after a tragedy changed their lives. …

END_OF_DOCUMENT_TOKEN_TO_BE_REPLACED

Spend an unforgettable 5 nights at Nemi Eco Villa – a chic, 6 room, ecofriendly villa that sits cliffside overlooking the ocean with stunning sunset views – located in Puerto Vallarta. Included with the villa is a personal chef, personal bartender, maid service, lounge pool, private plunge pools in each room, free concierge service, and much more.  Food and Beverages are sold at cost with 0% upcharge. Sit back, relax and enjoy. NemiEcoVilla.com.

Restrictions: Accommodations are for 6 couples or 12 adults.   Valid Feb 1 – Sept 31. Certificate must be used within 12 months; Subject to availability.

A week stay in a one bedroom, 300 year old English countryside cottage in Cornwall. Nestled in a tranquil valley on 15 acres of privately owned meadows and woodland, and 1.6 miles from Perranporth beach. This one bedroom cottage has beamed ceilings, exposed stone walls and log fire.

Instructions on How Best to View UnGala

This event is best viewed on a TV with your smart phone or laptop near by (so that you can enjoy our program on a big screen and like, comment, share, bid in our auction and donate from a smaller device!)

If you have a smart TV, you can easily tune into our UnGala from the YouTube app. Our YouTube channel url is: https://youtube.com/c/healingtreeorg. We will have a countdown clock on our YouTube livestream starting at 7:30pm est Saturday, October 9th so you can make sure you’re in the right place and you can get our UnGala livestream video queued up by showtime at 8pm est!

If you don’t have a smart TV or would just like to view our event on your laptop or smart phone, you can do so either via Facebook at Facebook.com/healingtreenonprofit.org or via healingtreenonprofit.org/ungala if you’re not on Facebook. Again, we will have a countdown clock on our Facebook livestream and our website’s livestream starting at 7:30pm est Saturday, October 9th so you can make sure you’re in the right place!